The Restore Azure SQL Databases Action is used to create a database and import a .bacpac file, restoring it to a previous state.

This action will be created to target a database by its name. The .bacpac file used to restore must be created by the Export Azure SQL Databases action.

By default, SQL Servers will have the "Allow Azure services and resources to access this server" option disabled. For servers containing databases affected by this action, you will need to enable this option, which can be found in the server settings under "Security" -> "Firewalls and virtual networks". Enabling this option allows the created Azure Function to perform the Import/Export operations. 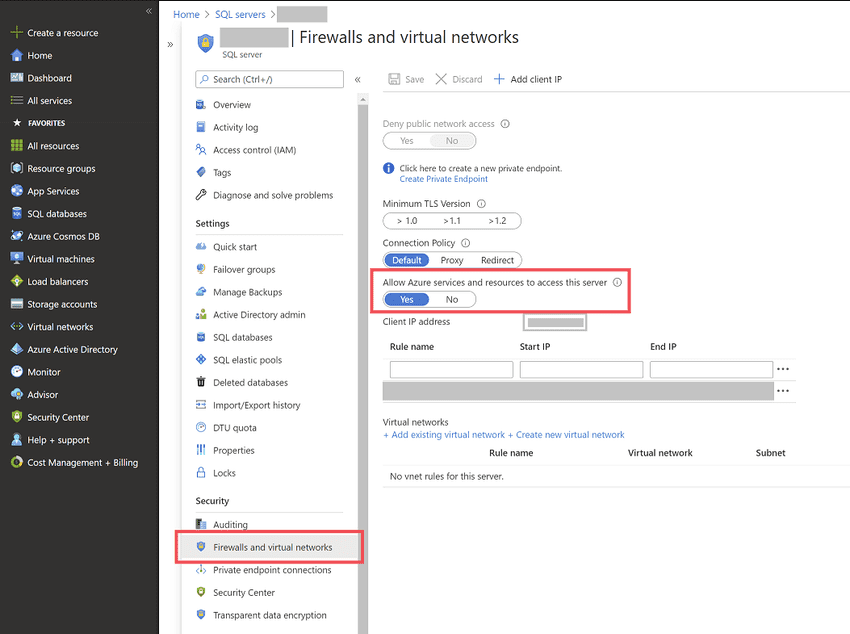 The Azure Function created will handle both import and export operations. As such, if it has been run while creating an Export action, it does not need to be run again for a corresponding Restore action targeting the same database

The Function Setup view will display a custom PowerShell command that will need to be run either in PowerShell, or Azure Cloud Shell. Simply click on the "Copy to Clipboard" button and paste the command into your PowerShell or Azure Cloud Shell terminal. This command will download and execute a setup script, which can be viewed here). 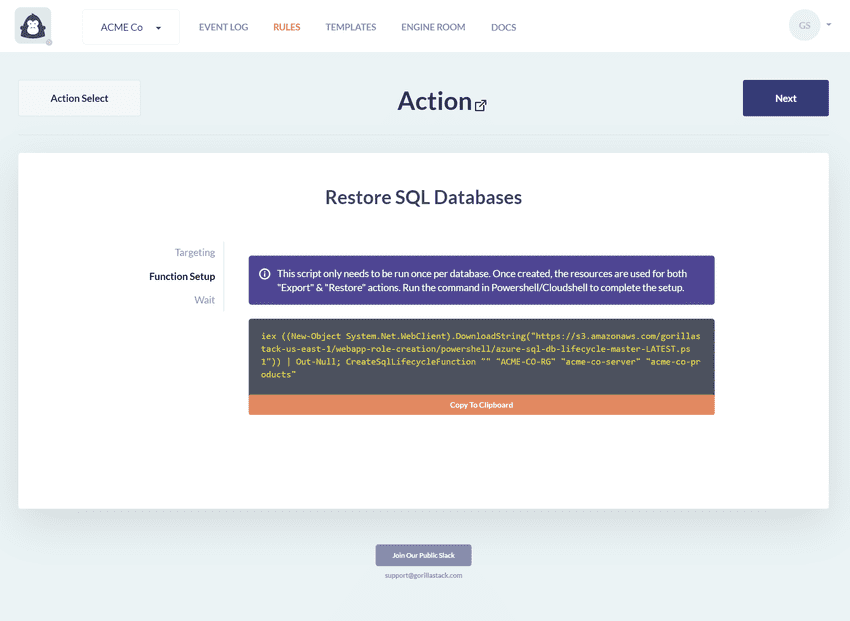 The script will require some user input, including the admin username & password for the SQL Server of the targeted database. These credentials will be stored in Azure Key Vault and will never be directly read by GorillaStack. The script will create the following resources in the targeted subscription (some will be reused if this action is set up for multiple databases):

After the script has run, all created resources will belong to a resource group named gorillastack-sql-db-lifecycle.

When using Azure Cloud Shell, stale sessions can cause unexpected errors. Starting a new session will often resolve these issues.

When a Function App is first initialized (this will be each time the script is run for a new SQL Server) Functions may respond with timeout errors if called immediately. It is advisable to wait an hour or so after setup before running you new rule. 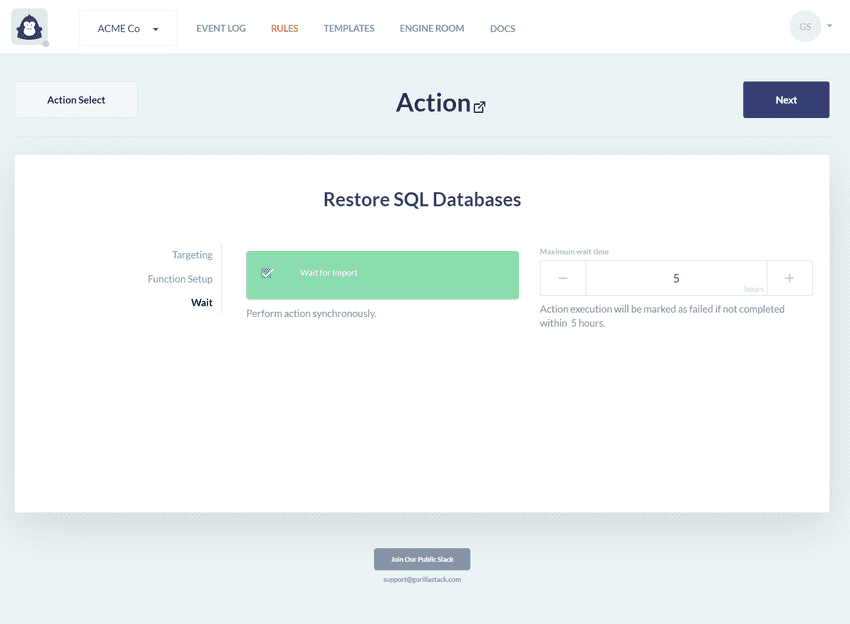 When you link GorillaStack to your Azure account, GorillaStack creates a service principal that provides access to the following permissions that are used by this action: